In the summer of 2010, a huge opportunity arrived for the entire creative team at SCPF (the creative agency where I was working as an art director). IKEA USA called us to participate in their pitch. The goal was to win the IKEA USA account. Our partner at the time was J Walter Thompson, who worked for Macy’s; this might have been a conflict of interest. After several meetings, we secured another ally: Ogilvy NY.

SCPF knew IKEA very well. We had worked together in Europe for years… Together with them, the agency had won countless international awards, including the Grand Cannes Lion.

Now is was USA’s turn. Together with Ogilvy, we wanted to make ourselves known and differentiate ourselves from the rest of the agencies. In the first meetings, we would decorate conference rooms with items from IKEA’s children’s collection, or we would make presentations in kitchens…

After several months, we had reached the end. It occurred to us to build a real house, an IKEA house. In some 1,000 square meters, in the heart of NY, we would build the values of IKEA, its entryway, its bedrooms, living room, and kitchen. In each space, we developed a part of the campaign strategy. For example, in the children’s room were the creative campaign arts, in the kitchen the strategy, etc.

On September 13, 2010, we made our first appearance in the New York Times. It was official: we had won the account. SCPF obtained the blue and yellow account!

With a budget of $100 million, we were able to develop television, print, online display ads, microsites, and promotional events, among other developments. I will leave some examples below. 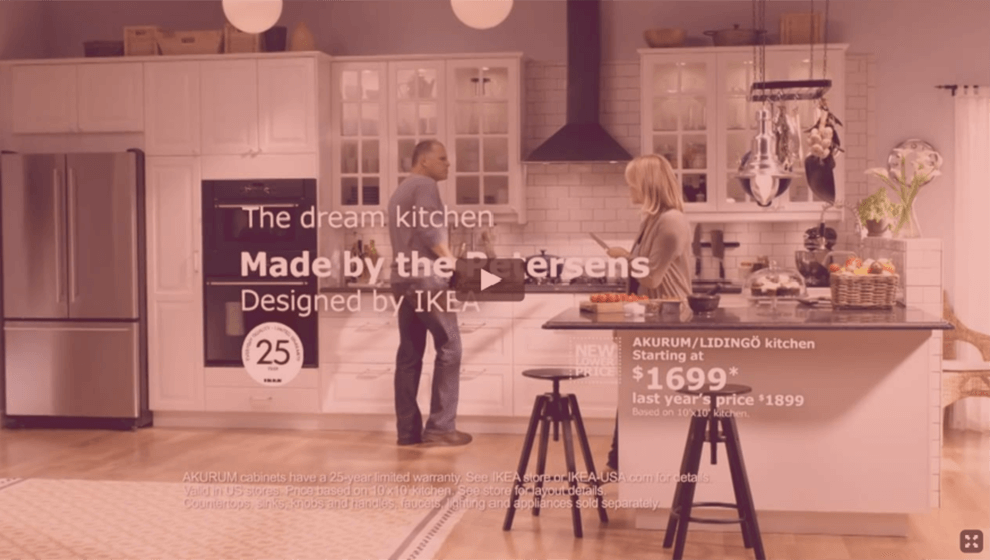